How to Tell If Your Fish Is Dying? 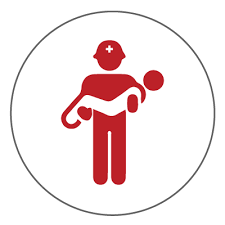 If you have a pet fish or even more than one, you have most likely invested in an aquarium or fishbowl, food, sand, plants, and decorations to create a pleasant and beautiful habitat for your fish. After all the effort, you will not want your fish to become ill, perhaps even fatally. Should your fish seem a bit odd or out of sorts, it may in reality be sick and dying.

How can you tell if your fish’s behavior is an indication of something serious?

Consider that aquarium fish, even in the best circumstances, and inside a beautiful well-equipped aquarium can become sick. How? Any, even a minuscule, alteration in the environment can lead to stress, disease, and the death of these fascinating creatures.

Fish tank maintenance of water and filters along with good care and proper feeding will help keep your fish healthy and will save your dying fish as well. Healthy fish are less subject to stress and illness.

You might think your fish died for no reason but there could be some reason. There are several symptoms that will let you know your fish is in serious difficulty. Among these we find:

An indication that your fish is dying can be found in your fish refusing to eat. Ill health or even the wrong type of fish food can cause a loss of appetite. A prolonged period without nourishment will cause your pet to die.

Symptoms of disease are often apparent externally on the body of a fish. Among these look for

If you find your fish swimming frantically at the water’s surface apparently gasping for air, the water in its tank is probably highly toxic. If it contains nitrate or ammonia, it will not have sufficient oxygen for your fish’s survival. This will bring your fish to the water’s surface in search of oxygen. It is also a situation that can turn lethal quickly.

Aside from external symptoms, respiration is one way to see if your fish is dying. if your fish is suffering from a disease or bacterial infection, it may develop a protective coat of mucus over its gills. This causes breathing difficulty, so your fish may need to increase the speed of its respiration to take in enough oxygen

My Fish Is Lying at the Bottom of the Tank

This may or may not be symptomatic of illness and dying. There are fish for which lying at the bottom of the tank is normal. Here are several reasons not to be worried:

There are however a few cases that you may want to be on the lookout for:

Could Your Fish Be Sleeping Instead of Dying?

This is a common query, especially with new fish parents. Fish, like people and animals, need to rest at some point. We lie down, close our eyes, and generally lose consciousness because the brain’s neocortex shuts off.

Fish, on the other hand, have neither neocortex nor eyelids, so you won’t know at first glance if they are resting. Fish do not sleep as we know it, but they do rest sufficiently for survival.

When resting they remain still. Their breathing is reduced together with their metabolic rate. Some fish may even rest on the bottom of their fish tank, hide under a layer of substrate or a decorative piece within the tank, or may park themselves just below the water surface.

It’s important not to confuse indications of resting with symptoms of a disease. When resting, a fish will:

If a fish has already died, its gills will not move at all, and its body may sink to the bottom. Dead fish will begin to decompose rapidly.

The one disease for which there is no cure, and all of the prevention in the world cannot stop, is old age. If your fish has enjoyed a long life in fish terms and been well cared for, it will eventually succumb to conditions that develop due to old age.

By old age, we mean that its immune system will gradually weaken, exposing it to disease and infection. Signs that your fish may be reaching the end of its lifespan include:

If your finned friend isn’t particularly interested in eating its regular food at the usual time but otherwise appears normal, it may be suffering from old age. A loss of appetite is one of the main reasons that fish in captivity die. A lack of nourishment will lead to a depleted immune system and organ failure. This process will not be rapid but will take time to evolve.

This is one of the most common symptoms of old age in fish. As they age, swimming becomes more difficult and fatiguing, so side floating and immobilism are characteristic of aging. If you notice a radical change in your fish’s manner of swimming, or that it swims for shorter periods before requiring a rest, it may be getting old.

Just like humans or animals, fish also begin to lose weight as they age. You may notice a small indentation that forms naturally behind the skull due to this. The spine of your fish may likewise lose its characteristic curve and tend to lean to one side. Should this happen, your fish is dying. It will weaken to the point of losing its natural shape. It may gradually appear more elongated as a result.

The most important thing about caring for a fish, other than maintenance and diet, is being aware of your fish’s behavior. If its behavior or appearance changes then it’s important to investigate. While it may be nothing serious, it also may indicate that your fish is dying. But by noticing promptly, you may be in time to intervene on its behalf and save your best finned friend.